With her platinum blonde hair, impeccable makeup and fashionable style, Jola is a wonder to watch, as she rediscovers, plays and lives her life in little moments, both the good and the bad. 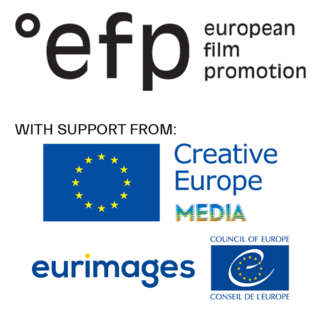 When the title of Polish documentary Lessons of Love first appears, it seems ironic. Jola, a strong-willed and intimidatingly fashionable Polish woman nearing her seventies, has just fled her Italian country home and her four-decade marriage to a truly hideous man. Compellingly captured by co-directors Małgorzata Goliszewska and Kasia Mateja, we follow Jola to her hometown where a relationship with another man begins to flourish. It’s here that the title sheds its irony as the tremulous early throes of true love begin to manifest for the first time in their lives.

A thrillingly woozy romance, Lessons of Love excels in its refusal to adhere to expectations, much like its central subject. The composed filmmaking captures the spirit of a woman rebelling against the conservatism of her generation, where divorces don’t happen and women don’t speak out against their husbands. Jola is a tremendous subject, her magnetic presence allowing only occasional glimpses of vulnerability; the vulnerability of a woman opening herself up to something new. The relationship between Jola and her new amour Wojtek is a marvel, captured in warm, candid conversations by its patient observers. — Tom Augustine

About the Filmmakers
Małgorzata Goliszewska and Kasia Mateja are Polish filmmakers with a background in experimental film and short documentaries. Lessons of Love is their first feature film collaboration as directors.

Director Ray Yeung breaks new ground with Suk Suk (‘uncle’ in Cantonese), an affecting portrayal of two gay men in modern Hong Kong as they find each other in their later years and struggle with enduring matters of identity, desire and belonging.

Some Kind of Heaven

A peek behind the curtain of the self-proclaimed “Disneyland for Retirees”, first-time director Lance Oppenheim’s humorous and bittersweet documentary follows four recent arrivals as they search for the American Dream.