The best kind of crowdpleaser… a whip-smart comedy with some real emotional depth. 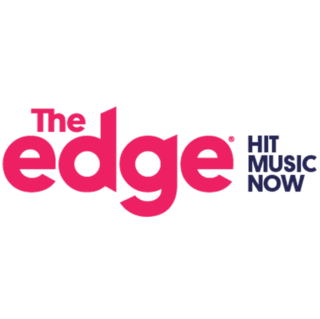 This charming debut feature from playwright Paul Downs Colaizzo features a winning performance from Jillian Bell as Brittany, a sharp-tongued, hard-partying twentysomething whose lifestyle choices are catching up with her. When a visit to a doctor to score drugs turns sour, she decides to take up running and pursue a wild dream of running the New York Marathon.

“An endearing and earnest comedy about self-acceptance and body positivity that sidesteps cheesy pitfalls, Brittany Runs a Marathon is based on the journey of a real-life friend of Colaizzo, whom Bell plays with a deft blend of sincerity and slapstick. Tired of being invisible and unable to afford a gym, Brittany decides to take it to the streets, running one city block at a time to build up her stamina… Along the way, she befriends Catherine (Michaela Watkins), a jogging obsessive, as well as fellow rookie Seth (Micah Stock), eventually persuading both to train with her for the annual 26-mile city marathon. Meanwhile, her new house-sitting gig introduces her to Jern (Utkarsh Ambudkar), a lovable troublemaker who convinces Brittany to move into the fancy digs they’re supposed to be taking care of in shifts.

Colaizzo successfully walks a fine line between inspiration and caution, never presenting Brittany as a patronizing role model for weight loss, nor a clichéd case of inner beauty… His film delivers where other admirable efforts on body image like I Feel Pretty fall short, gifting a rare amount of empathy to anyone in an abusive relationship with their bathroom scale.” — Tomris Laffly, Time Out

Holliday Grainger and Alia Shawkat (Arrested Development) are thirty-something best friends in Dublin, where partying hard is still their way to have fun, but the reality of getting older is getting harder to ignore.

Meet New York’s legendary-yet-unlikely street art photographer who influenced a whole generation of graffiti artists – and at the age of 75, is still capturing beauty on the fringes, with verve.

Exploring psychotherapy, boundaries and obsession, Justine Triet’s film deliciously portrays the creative crisis of a shrink-wannabe-author, who steals her actress patient’s story for a novel.

Deft and deeply felt, with a star-making turn from Awkwafina, Lulu Wang’s widely praised drama tells the story of a Chinese American family paying their last respects to a mother and grandmother who doesn’t know she’s dying.